How millennials are using technology to compete in tight housing markets

The rapid escalation in housing prices has disadvantaged millennials who started their working lives with wages that failed to meet housing affordability thresholds, but they are increasingly leveraging digital solutions to compete in tight markets.

First-time homebuyers, the majority cohort of those buying a home in Canada, are mostly younger households transitioning from renting or living with their parents. In the United States, millennials comprised the largest share of homebuyers at 47 per cent, according to the National Association of Realtors (NAR).

A recent commentary noted that “millennials have aged into the housing market at the worst possible time.” Rising home prices and the persistent imbalance between supply and demand have frustrated millennials who typically lose bidding wars to older, wealthier buyers.

But not all is lost for the millennials. Historically low-interest rates imply that their monthly mortgage costs will be relatively affordable... 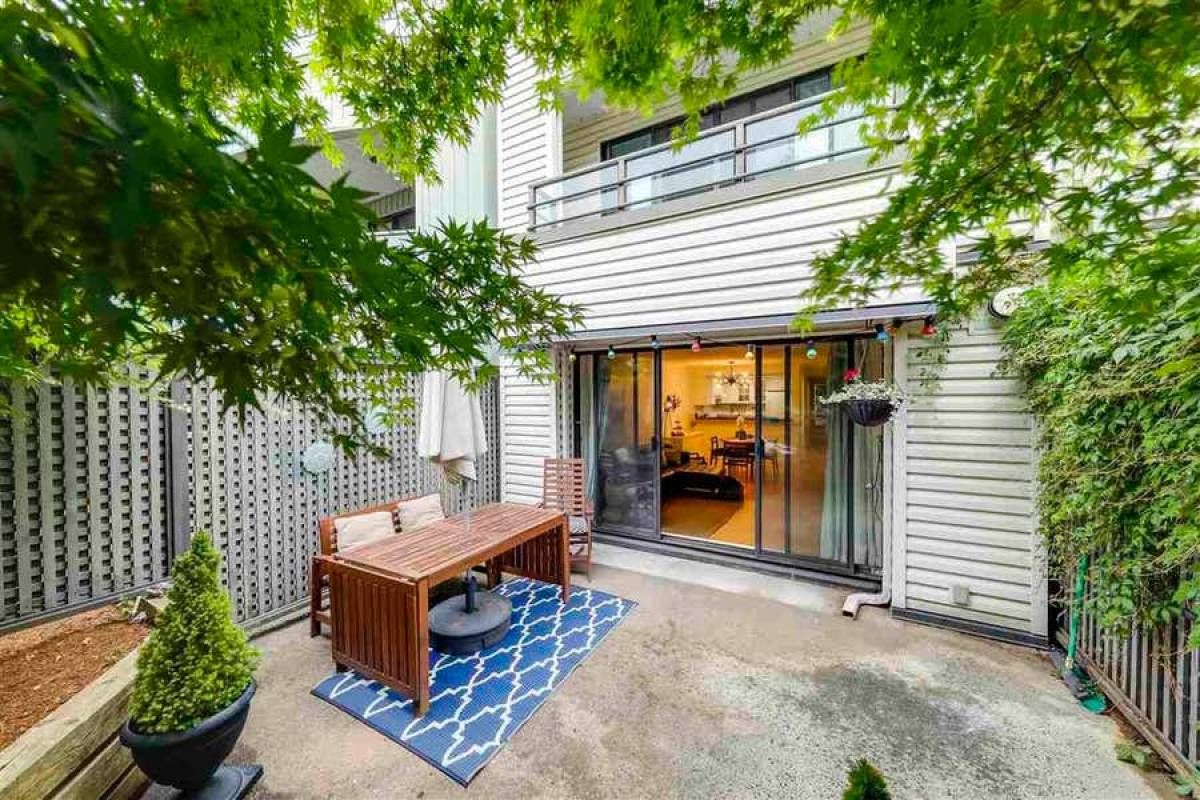 Detached houses represent the traditional idea of what is a home.

A home is four walls, a roof, and a yard.

With a single-family home, the title holder owns both the house and the land it sits on.

In places like Vancouver where supply of land is limited, land is very valuable.

This reminds realtor David Hutchinson of a question from a former client.

“I was once asked by a client who was selling her detached house why townhouses were selling at the same price as her older home with a large yard,” Hutchinson related to the Straight.

This got the Sutton Group-West Coast Realty agent himself thinking.

“Where's the value? Is it in the dirt?” he recalled.

There’s no one answer.

“I replied, ‘Well, some buyers like newer, different construction, one that has all the new bells and whistles’,” Hutchinson said, referring to townhouses.

BMO Financial Group says recent changes to mortgage stress test rules and the cooling of prices and sales in some regions may moderate the country’s housing market.

“We can assume, just given what we’re seeing right now in housing prices and sales, that there will be some moderation,” Erminia Johannson, BMO’s group head of North American personal and business banking told analysts on Wednesday.

“But it will still remain a fairly robust mortgage market in Canada, for sure, over the next little while.”

Johannson made the comments as BMO beat expectations, reporting its second-quarter profit nearly doubled compared with a year ago when the amount it set aside for bad loans soared at the start of the pandemic.

The new mortgage stress rules come into effect on June 1. They will set the qualifying rate on uninsured mortgages at either two percentage points above the contract rate, or 5.25 per cent, whichever is greater.

The change is aimed at taking...

Metro Vancouver housing prices will continue to rise after the COVID-19 pandemic, creating a drag on sales growth as homebuyers’ budgets shrink, according to the Canada Mortgage Housing Corp.’s spring outlook Thursday.

The COVID-19 lockdown resulted in a major decline in the typical flow of migrants into the Vancouver region, especially very young adults and students, while lower mortgage rates triggered a burst of move-up and first-time buyers entering a market that was already experiencing dwindling inventories before 2020, added Batch.

“Vancouver’s housing market will adjust to reopening borders and development in fu...

Posted on April 27, 2021 by Real Estate Board of Greater Vancouver

One third of BC residents live in a strata home, whether it’s a condo, townhouse, or multi-plex unit.

Strata homes are usually more affordable than their single-family counterparts. They can also lessen the burdens of home ownership, with strata residents sharing responsibilities for things like maintenance, snow shoveling, and security. And while these homes tend to be smaller, they may also have access to amenities like a pool or gym.

If you’re looking to own a strata home, make sure you’re familiar with related terminology. Here’s a guide to some of those terms.

In a strata development, the parts created for individual ownership are called “strata lots.” Informally, these lots are referred to as a “strata unit” or a “condominium.” The rest of the development consists of common property. Strata housing can include: condos, townhouses, and multiplexes.

Real estate regulators advise home buyers and sellers to do research, seek advice from their REALTOR® to understand the potential risks of buying in a busy market

Posted on April 27, 2021 by Real Estate Board of Greater Vancouver

Metro Vancouver’s real estate market has been picking up steam since last fall, culminating in record sales and new listing activity last month. In an active market like this, seeking professional advice from a REALTOR® is more important than ever.

With this in mind, the Real Estate Council of BC (Council) and the Office of the Superintendent of Real Estate (OSRE) released a joint statement advising home buyers and sellers to seek professional advice, do their research, and understand the risks involved before buying or selling a home.

Today’s market is marked by subject-free offers, intense competition for properties via multiple offers, and properties selling faster than usual.

Under these conditions, home buyers may feel the need to make quicker and perhaps riskier decisions.

“It’s a bad description,” said the executive director of the Condominium Home Owners Association of BC.

Instead, Gioventu said a series of factors – many of which are global – have been compounding since late 2019 to create what he describes as a “nasty little storm” for British Columbians.

According to LowestRates.ca’s estimates, about half of British Columbians live in strata housing, which can cover everything from condos to townhouses (the provinces pegs it closer to just under one-third of the population).

Here are B.C.'s plans to combat a sudden spike in strata insurance

The changes are meant to bring transparency to the industry, close loopholes surrounding depreciation reports and help strata owners and corporations more information when it comes to making decisions, the province says.

A recent report showed premiums jumped an average of 40 per cent in much of B.C. over the past year – an average that climbs to 50 per cent when just looking at Metro Vancouver.

"This is an extremely complex issue playing out in the private insurance industry, but that doesn't lessen our government's commitment to doing what we can to make the situation better," James said.

She said the province first became aware of "significant shifts" in insurance premiums late last year, that went "well beyond...

New CMHC requirements will have buyers flocking to the market: brokers

Experts in the real estate industry say CMHC’s new, strict lending measures will trigger a surge in home purchase volume as potential home buyers rush to the mortgage market before July 1, when these policies take effect.

“Whenever there has been a deadline given for a major mortgage rule change,” Ron Butler, mortgage broker at Butler Mortgage, told Yahoo Finance Canada “there has been a distinctly accelerated pace of transactions prior to that change.” Butler described that this has been the case with any rule change that was not immediately invoked.

The British Columbia Real Estate Association estimates that economic growth will remain strong enough to support a boost in sales next year after a substantial decline in 2018, according to its latest forecast.

When the dust settles at the end of this year, association chief economist Cameron Muir expects sales recorded through the Multiple Listing Service will have fallen 23 per cent to 80,000 transactions, compared with 103,768 in 2017.

“However, continuing strong performance in the economy combined with favourable demographics is expected to push home sales above their 10-year average in 2019,” Muir said Thursday in releasing the forecast.

Province wide, Muir’s forecast is for sales to rise 12 per cent to almost 90,000 units, but with a record number of new homes under construction and high levels of inventory, home prices will be more in keeping with inflation.

In Metro Vancouver, that is likely to mean sales in the region covered by the Real Estate Board of Greater...

Why buy with me?

Why buy with me?
Mortgage Calculator
Search Listings

Why sell with me?

The data relating to real estate on this website comes in part from the MLS® Reciprocity program of either the Real Estate Board of Greater Vancouver (REBGV), the Fraser Valley Real Estate Board (FVREB) or the Chilliwack and District Real Estate Board (CADREB). Real estate listings held by participating real estate firms are marked with the MLS® logo and detailed information about the listing includes the name of the listing agent. This representation is based in whole or part on data generated by either the REBGV, the FVREB or the CADREB which assumes no responsibility for its accuracy. The materials contained on this page may not be reproduced without the express written consent of either the REBGV, the FVREB or the CADREB.